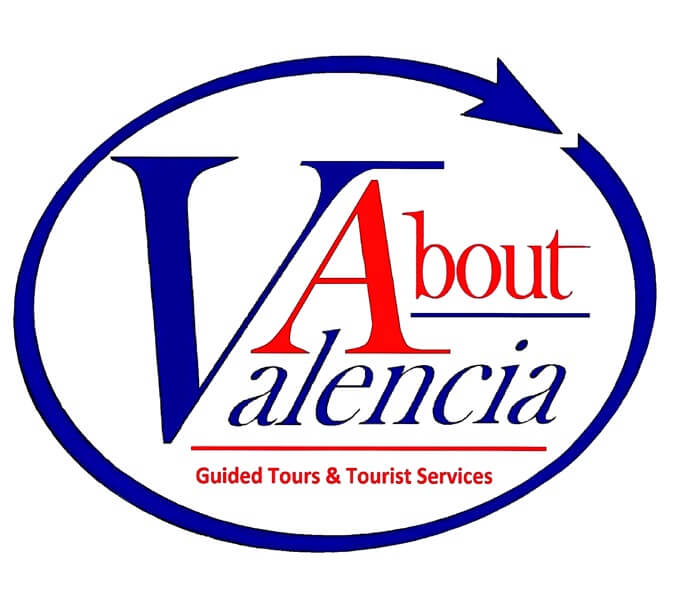 Clashes of nobility in Valencia: The “Bandosidad” 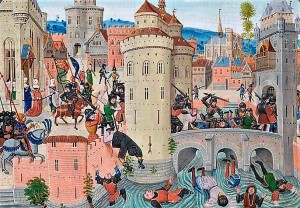 The medieval Valencian nobility was, from the beginning, very different from other Spaniards, since it originated in the Conquest, where his main role was military, but when there was no common enemy to fight, that belligerence was channelled inward in the form of violent incidents perpetrated by noble factions. Instability factors were mainly tensions over territorial control and disputes over the political or military hegemony, conducted among local oligarchies grouped into rival factions. These clashes occurred around the Valencia region, but in the City of Valencia where virulence and became more significance because of the political and social projection of its protagonists and the highest concentration of nobles in the capital.

Jaime I, to avoid the claims of the nobility, created a new balance in power relationships, strengthening the role of municipalities and especially of the capital city, which speeded throughout the kingdom it designat

ion, City Code, privileges and Government System. The growth of “Cap i Casal del Regne” and the rise of urban patrician, imposed trade and monetary policies that leave little space for the landed gentry, who saw their incomes and expenses grew detracted by maintaining a social image. Such nobility, turned into urban class, thrive in business with merchants married into bourgeois families, occupying positions in the Royal Administration and especially participating at Municipal Government; but without losing his bellicose spirit and pride of class and race, which defended with weapons as a form of social prominence.

In addition, the nobility was a privileged class since the leasehold and Municipal La 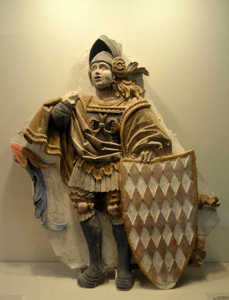 w was very lenient with them, preventing their prosecution justice. There´s no long documentary for capital punishment among defendants’ nobles, and imprisonment if applied, was no ordinary prison, was in their own homes, and in the case of being in the tower, were isolated from the common people. Given the impossibility of another punitive typology, they received diplomatic reproaches and economic sanctions, which were double business as guilty and paid the city or the king benefited from their money. Impunity was priced only available to the nobility, it must be remembered that these “penaltys” were part of revenue Heritage Real (“esdeveniments” or rates obtained from the daily practice of Justice).

The urban role of the nobility began with Alfonso II the Benign, weak character, with the enactment in 1330 of the Alfonsine Jurisdiction (the jurisdiction of Aragon and Valencia coexisted since the Conquest), in which the Valencian Jurisdiction allowed noble proliferation, not being of noble origin; which made many of benefiting from such jurisdiction ennobled. 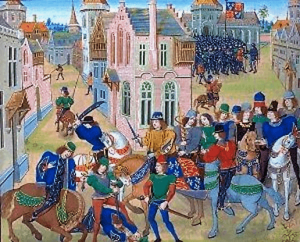 Thus, the nobility soon hierarchy was formed and born “sides” that are articulated around the “Cap” or leader who delegated “els principals” usually nobles united by “parentesch” links. To these were added “valedors” or people of lesser nobility who sought thrive alongside large; These served as “honrats”, “cavallers”, “ciutadans” and “menestrals”, who had the “Auxilium” or helping of “mossos”, “macips” and “escuders”. Different lineages grouped into two sides: the commanded by Vilaragut, supported by the Boïl, Soler, the Ximenez d’Urrea, Romany, Vila-rasa, etc. and headed by Bishop Jaume d’Aragó and later Centelles, accompanied by Castellà, Vilanova, the Maza, Montagut, Pròixita, Valdaura, etc.

The two sides staged in 1373 the first major confrontation between Berenguer de Vilaragut and Bishop Jaume d’Aragó and later in 1379 between Berenguer de Vilaragut and Eiximén Pérez d’Arenós; Such were the disputes, that Saint Vicent Ferrer had to mediate a truce for 1382. During the following years the conflict reached political significance to be linked to the crisis between King Pedro IV the Ceremonious and Prince Juan, for heir to the throne; supported respectively by Vilaragut and Arenos. But it was during the reign of Martin the Human

(1396-1410) when the maximum voltage was achieved, reaching almost the entire population of the capital, from nobility to traders, were assigned to one or the other faction, led now by Soler and the Centelles. The death of Pere Centelles in a street fight in 1398 was the trigger for a war of the bands that cost the life to rival leader Jaume Soler and culminate in a real battle in 1404, which ended with the defeat of the Centelles. The unrest continued in the capital where the sides control institutions were divided: while the Government was dominated by Centelles, Soler had the sympathy of the governor, Ramon Boïl, assassinated in 1407 by his rivals. 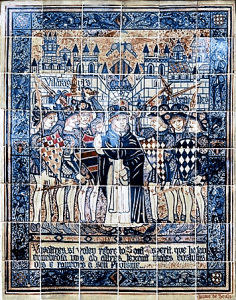 Three years later, the death without heir of Martin the Human cause a huge power vacuum that would be exploited by both sides to strengthen their positions and to influence the election of the successor to the throne. Centelles supporters Fernando de Antequera, and Vilaragut supporters Jaime II of Urgel. With the accession to the throne new king Fernando, the Centelles were named and rewarded marshals and constables of Crown of Aragon. Alfonso the Magnanimous confirmed these privileges, naming Francesc Gilabert of Centelles Viceroy of Sardinia; but Serafín de Centelles had a series of clashes with the Council of the City and the Generalitat, which was seized by King Ferdinand to lie with the monarchy the right to appoint charges and thus dilute the preponderance of the nobles at the city government and the kingdom.